Are reporters, who fall for police and IB plants and happily give chapter and verse on the lives of individuals suspected of terror links, bound to apologise if they are proved wrong?  Does anyone bother to find out what happens to those who are picked up, wonders KALPANA SHARMA

(Click on the link above to read the article on The Hoot website)
Posted by Kalpana Sharma at 12:21 PM 2 comments: 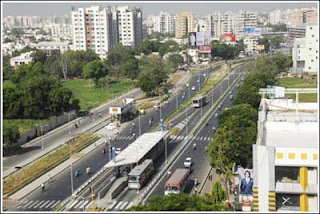 The JNNURM initiative, under which the central government funds a substantial part of the costs of city public transport systems, has begun to show some results. The most talked about examples are the Bus Rapid Transport System in Ahmedabad and the public-private partnership in Indore, writes Kalpana Sharma
When you arrive at Geneva airport in Switzerland, a sign just before the exit urges all visitors to collect a free bus pass take them into the city.  If you do that, you find yourself riding in a pleasant low-floored bus to the heart of this relatively small, but nonetheless important Swiss city.